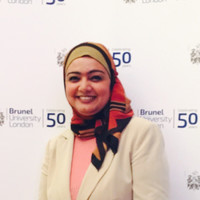 Abstract: Wireless sensor networks (WSNs) are becoming an essential tool for research in smart cities and the internet of things (IoT). This tutorial intended to acquaint the participant with the latest developments methods used by researchers to conduct scientific achievement using WSNs. The first part of the tutorial will cover the basics of WSNs including the structure, design, routing protocols, issues and applications. Examples will be given from latest researches and highlights the programming languages used. The second half of this tutorial will present some of the well-known routing protocols and discuss how to approach the problem of energy management in WSN. Examples conducted by the presenter will also be discussed.
Bio: Nadia Al-Aboody is currently a senior lecturer in Department of Computer System, at Southern Technical University, Amarah Technical Institute, Iraq. She received her PhD degree in wireless network engineering from Brunel University London, United Kingdom in 2018. She obtained her MSc degree in Computer Science from the Iraqi Commission for Computers and Informatics, Baghdad, Iraq in 2007. Her BSc degree in Software Engineering from Al Mansour University Collage, Baghdad, Iraq in 2003. Her research interests include design and implementation of smart buildings evacuation, WSN, M2M communication, cloud computing, and IoT applications. 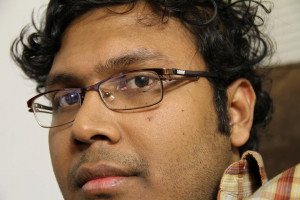 Abstract: Broadcast social media presents a new opportunity for sensing the physical world, where the users publicly share posts regarding their views of ongoing events. Towards the goal of reconstructing newsworthy facts from the posted information, we model humans as sensors generating binary observations regarding the state of the physical world and consider the social network as a noisy propagation channel. This channel can introduce different types of correlated errors, caused by social influence, bias, and polarization. In this talk, we discuss some published algorithms and tools to model such errors, and account for those by relying on the information propagation patterns on the medium. We present expectation-maximization, matrix factorization, and XGBoost based algorithms to estimate facts, uncover echo-chambers, or detect Fauxtography with high accuracy, even in the absence of content specific analysis. We briefly talk about ‘Apollo Social Sensing Toolkit,’ a service that can track ongoing events on Twitter, and allows experimenting with social-sensing algorithms. We also discuss ‘SocialTrove’, a middleware service that continuously executes in the cloud as a platform to compute the reconstructions at scale.

Bio: Dr. Amin is a Software Engineer at Google. His areas of expertise are in the fields of social sensing, distributed systems, and cyber-physical systems. Prior to joining Google, he developed cloud-based data infrastructure and algorithms to summarize real-time microblog content from online social networks, and uncover facts in the presence of social influence, bias, and polarization. He led the research and development of Apollo Social Sensing Toolkit, which is a novel social-sensing platform primarily developed at UIUC, in collaboration with the US Army Research Laboratory and NS-CTA partners, and has been utilized by 50+ researchers in the academia and the industry. Dr. Amin received the best paper award at IEEE ICAC 2015, best-in-session presentation award at IEEE INFOCOM 2017, best poster award at ACM/IEEE IPSN 2014, Feng Chen Memorial Award (2016), and Chirag Foundation Graduate Fellowship in Computer Science (2011-12) from UIUC. He served in the TPC committee of IEEE MiSeNet 2018 workshop (co-located with the IEEE INFOCOM 2018 conference). Dr. Amin received a Ph.D. in Computer Science from UIUC and a bachelor’s and master’s degree in Computer Science and Engineering from Bangladesh University of Engineering and Technology. 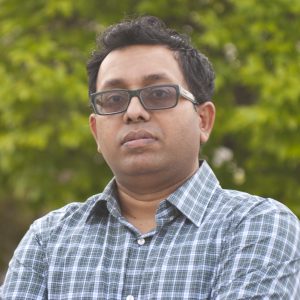 Bio: Dr. Munawar Hafiz has been working in the application security area for over fifteen years in the academia and in the industry. He is an expert in technologies to automatically detect security problems in software. His startup OpenRefactory disrupts the application security space by introducing fixers, which automatically fix security problems as well as detection. Munawar’s work has been supported by awards from the National Science Foundation (NSF), Department of Energy (DoE), Google, and Microsoft. He has a Ph.D. in Computer Science from University of Illinois at Urbana-Champaign.