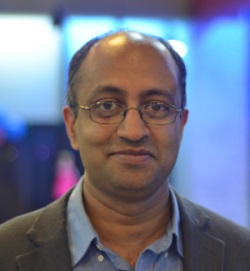 Title: Cyber Security Challenges and Solutions for the Internet of Things

Abstract: The Internet of Things (IoT) represents a great opportunity to connect people, information, and things, which will in turn cause a paradigm shift in the way we work, interact, and think. The IoT is envisioned as the enabling technology for smart cities, power grids, health care, and control systems for critical installments and public infrastructure. This diversity, increased control and interaction of devices, and the fact that IoT systems use public networks to transfer large amounts of data make them a prime target for cyber attacks. In addition, IoT devices are usually small, low cost and have limited resources. Therefore, any protocol designed for IoT systems should not only be secure but also efficient in terms of usage of chip area, energy, storage, and processing. This presentation will start by highlighting the unique security requirements of IoT devices and the inadequacy of existing security protocols and techniques of the Internet in the context to IoT systems. Next, we will focus on security solutions for the IoT, with special focus on protection against physical and side channel attacks. In particular, we will focus on mutual authentication protocols for IoT devices based on security primitives that exploit hardware level characteristics of IoT devices.

Bio: Biplab Sikdar is an Associate Professor in the Department of Electrical and Computer Engineering at the National University of Singapore. He received the B. Tech. degree in electronics and communication engineering from North Eastern Hill University, Shillong, India, in 1996, the M.Tech. degree in electrical engineering from the Indian Institute of Technology, Kanpur, India, in 1998, and the Ph.D. degree in electrical engineering from the Rensselaer Polytechnic Institute, Troy, NY, USA, in 2001. He was an Assistant Professor from 2001-2007 and Associate Professor from 2007-2013 in the Department of Electrical, Computer, and Systems Engineering at Rensselaer Polytechnic Institute from 2001 to 2013. He is a recipient of the NSF CAREER award, the Tan Chin Tuan fellowship from NTU Singapore, the Japan Society for Promotion of Science fellowship, and the Leiv Eiriksson fellowship from the Research Council of Norway. His research interests include IoT and cyber-physical system security, network security, and network performance evaluation. Dr. Sikdar is a member of Eta Kappa Nu and Tau Beta Pi. He served as an Associate Editor for the IEEE Transactions on Communications from 2007 to 2012 and as an Associate Editor for the IEEE Transactions on Mobile Computing from 2014-2017. 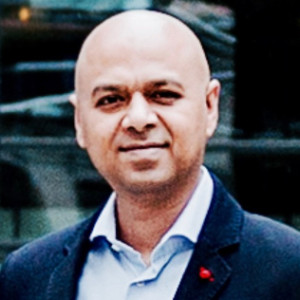 Title: Wearables, IoT and You

Abstract: Wearables and IoT are embracing AI and causing a seismic shift – in that we are observing the emergence of remarkable sensory systems. These transformative sensory systems are capable of understanding us and the world around us, uncovering unprecedented opportunities to help us become a better version of ourselves. In this talk, I will explore the system and algorithmic challenges in modelling and augmenting human behaviour in this new sensory world. I will discuss how mobile, wearable, implantable and IoT devices together with embedded AI can be used as a multi-sensory computational platform to learn, infer, and augment human behaviour and to design ultra-personal computational experience.

Bio: Dr. Fahim Kawsar is the Founding Director of Pervasive Systems research at Nokia Bell Labs, Cambridge, UK and holds a Design United Professorship at TU Delft, Netherlands. An experimental computer scientist at heart, he spends most of his time at Cambridge building sensory AI systems with different computational forms to explain human behavior with other people, places, and things. He is intrigued by the power of design and frequently visits TU Delft to teach and debate the influence of sensory data systems in redefining design, and vice versa. 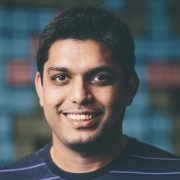 Abstract: Data-driven techniques help boost agricultural productivity by increasing yields,  reducing losses and cutting down input costs. However, these techniques have seen sparse adoption owing to high costs of manual data collection and limited connectivity solutions. Our system, called FarmBeats, includes Cloud, IoT & AI innovations for agriculture that enables seamless collection and analysis of data across various sensors, cameras, drones, and satellites. In this talk, we will describe the system, and outline some of the AI challenges we are currently addressing for agriculture.

Bio: Ranveer Chandra is a Principal Researcher at Microsoft Research where he is leading an Incubation on IoT Applications. His research has shipped as part of multiple Microsoft products, including VirtualWiFi in Windows 7 onwards, low power Wi-Fi in Windows 8, Energy Profiler in Visual Studio, Software Defined Batteries in Windows 10, and the Wireless Controller Protocol in XBOX One. He is active in the networking and systems research community, and has served as the Program Committee Chair of IEEE DySPAN 2012, and ACM MobiCom 2013.

Ranveer started the FarmBeats project at Microsoft in 2015, and has been leading it since then. He is also leading the battery research project, and the white space networking project at Microsoft Research. He was invited to the USDA to present his work on FarmBeats, and this work was featured by Bill Gates in GatesNotes, and was selected by Satya Nadella as one of 10 projects that inspired him in 2017. Ranveer has also been invited to the FCC to present his work on TV white spaces, and spectrum regulators from India, China, Brazil, Singapore and US (including the FCC chairman) have visited the Microsoft campus to see his deployment of the world’s first urban white space network. As part of his doctoral dissertation, Ranveer developed VirtualWiFi. The software has been downloaded more than 750,000 times and is among the top 5 downloaded software released by Microsoft Research. It is shipping as a feature in Windows since 2009.

Ranveer has published more than 80 papers, and filed over 100 patents, more than 85 of which have been granted by the USPTO. His research has been cited by the popular press, such as the Economist, MIT Technology Review, BBC, Scientific American, New York Times, WSJ, among others. He has won several awards, including best paper awards at ACM CoNext 2008, ACM SIGCOMM 2009, IEEE RTSS 2014, USENIX ATC 2015, and Runtime Verification 2016 (RV’16), the Microsoft Research Graduate Fellowship, the Microsoft Gold Star Award, the MIT Technology Review’s Top Innovators Under 35, TR35 (2010) and Fellow in Communications, World Technology Network (2012). Ranveer has an undergraduate degree from IIT Kharagpur, India and a PhD from Cornell University. 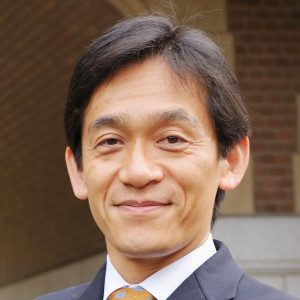 Abstract: As the Internet of Things (IoT) expands, everything around us is coming online and joining integrated networks. Even everyday items like furniture are going digital. Our research explores interactions between people, content, systems, and environments in order to build a world that is not only smarter, but also one that is happier, and better integrated. We focus on relationship and interaction in order to achieve greater harmony. We view all artifacts, physical and digital, as content. Honouring the unique perspectives of people, systems, and the environments they inhabit, we study the interactions between types of content, with the ultimate goal of formulating cohesive, holistic, and intuitive approaches that promote efficiency, ease of use, and effective communication. We focus on content design to enhance living. I will introduce some of our pioneering research efforts in this regard.

Bio: Yoshifumi Kitamura is Deputy Director and Professor at Research Institute of Electrical Communication, Tohoku University. His current research interests include many areas such as interactive content design, human computer interaction and 3D user interfaces, among others. Kitamura is active in academic and professional communities, and serves in positions such as the Japan Liaison of IFIP TC-13, Japan Liaison and chair of ACM SIGCHI Asian Development Committee, Chair of Japan ACM SIGCHI Chapter, Steering Committee Chair of ACM VRST (SIGCHI & SIGGRAPH Symposium on Virtual Reality Software and Technology).He also served as ACM SIGGRAPH Asia 2015 Conference Chair and will serve as General Co-chair for the ACM Conference on Human Factors in Computing Systems (CHI)  2021. 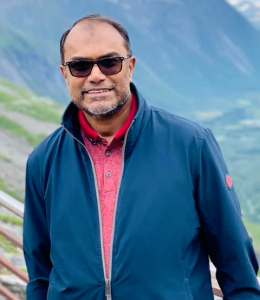 Abstract: Cloud computing provides highly dynamic utility computing in which clients have the choice to access computing resources such as hardware and software as demand increases or decreases. However, data confidentiality and privacy is a serious concern where cloud computing is used to process data. Due to limited processing capabilities, clients may need to rely on cloud servers for heavy-duty computations such as matrix multiplication. Conventional security mechanisms such as public key encryption are not an option to safeguard clients’ data from cloud servers to see them. Ensuring client data confidentiality in cloud computing can be achieved using data obfuscating techniques instead of encryption. In a matrix multiplication application, clients can protect their data from dishonest or curious cloud servers which perform multiplication operations on matrices without ‘knowing or seeing’ actual values of input matrices. In this presentation, I will present a set of different protocols for data confidentiality. These protocols use various techniques ranging from adding random noise to shuffling matrices randomly in order to cloak data from cloud servers. The main objective is to mask the data without encryption as well as to confuse the cloud server so it is unable to derive or guess the actual values of matrices as well as computed results.

Bio: Dr. Khaled Khan is an Associate Professor in the department of Computer Science and Engineering, in the College of Engineering at Qatar University. Prior to these, he served Western Sydney University (Australia) as a Senior Lecturer, and was the Head of graduate programs. His research interests include human factors in cyber security, secure software engineering, measuring security, and trust in software systems. He has secured over US$6 million worth of external funding for cyber security research. Dr. Khan received his BS and MS in computer science and informatics from the Norwegian University of Science and Technology. He received his Ph.D. from Monash University (Australia). He also completed intensive courses on contemporary technologies such as cyber security risk management offered by Harvard University, a course on the economics of blockchain by Massachusetts Institute of Technology (MIT), and another course on blockchain technology provided by the University of California, Berkeley. Dr. Khan was the founding Editor-in Chief  of the International Journal of Secure Software Engineering (IJSSE) from 2009-2017. He is currently the Editor-in-Chief Emeritus of the IJSSE. He has published more than 100 technical papers, filed two patents, and edited four books.