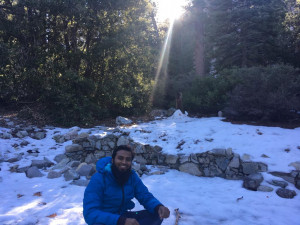 Abstract: Despite much success, the effectiveness of deep learning models largely rely on the availability of large amounts of labeled data. Labeled data, however, is costly to acquire in many applications of interest, which hinders the applicability of these models. Making use of unlabeled data to improve deep learning has been an important research direction to address this, yet, while doing so, the majority of them do not consider the structured linguistic information or leveraging other existing tools/methods prevailed in the literature and achieve limited gain. In this research, we explore the paradigm of applying data augmentation to unlabeled data by investigating how to incorporate additional information utilizing auxiliary sources while training a deep learning model efficiently and efficiently. Unlike previous approaches which are in general either rule-based or augment data by feature perturbation in supervised or semi-supervised manner, we study what auxiliary linguistic information can be integrated to enhance the current state-of-art deep learning models, and how to augment these features by the intelligent generation or extraction of task-specific linguistic information from the unlabeled data with mere supervision. Our approach encourages the deep learning model not only to realize high accuracy or faster inference but also to achieve consistency in its performance for any test-time scenarios. In our research, so far, the structured data augmentation has been attributed to text classification, and language modeling and planned to be leveraged soon in semantic role labeling, and unsupervised question answering. In this talk, we will discuss one of our previous work “Robust Text Classifier on Test-Time Budgets”.

Bio: Md Rizwan Parvez is a third-year Ph.D. student in Computer Science at the University of California, Los Angeles (UCLA) and a member of the Natural Language Processing (NLP) group at UCLA. His research interests are in “Structured Data Augmentation in Natural Language Processing: Generation and Incorporation of Auxiliary Information for Deep Learning Models”. During his last three years, he has worked on efficient data augmentation for deep learning models suited for NLP tasks. His works have been published in EMNLP 2019, ACL 2018, LREC 2018, MASSCL 2017, and ICTD 2016. Rizwan has achieved the WeCNLP travel grant 2019, ACL student travel grant 2018 and UCLA graduate students fellowship 2017-18, 2018-19. He has also been selected as a student volunteer at ACL, 2018 and has interned at Microsoft AI Research in Summer 2018, Salesforce Research in Summer 2019. Before joining UCLA, Rizwan was a Lecturer in Computer Science and Engineering at United International University, Bangladesh. He has completed his undergraduate studies in Computer Science and Engineering at Bangladesh University of Engineering and Technology (BUET) in 2015 where he was awarded a university merit scholarship and the dean’s list award. BUET is the top-ranked university in Bangladesh and Rizwan’s undergrad work was selected as one of the best 6 intra-university undergraduate theses in 2015. He was the Champion of Bangladesh Inter-University System Design and Development Contest 2015 and achieved the Second Runner-Up Award in Bangladesh National ICT Project Show, 2014. Rizwan was awarded Professor M.A Nasser Memorial Scholarship in 2012. He stood second in the Higher Secondary School Certificate (HSC) exam in Rajshahi education board, Bangladesh 2009. 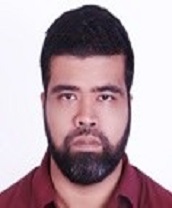 Title: Cloud Computing and Beyond: The Future Wheel.

Abstract: In digital age, right to information is increasingly recognized as a fundamental right. But just like the right to vote has no meaning if no polling station is available at one’s neighborhood; right to information is only realized when access to information is ensured. General population of Bangladesh still behind in their average information consumption because of this lack of access. A public cloud platform will facilitate access to everyone. It will not only make businesses use more IT services, it will also be made to function as public Data Lake. When we came together to form Tirzok, we had a singular vision of delivering computing resources to everybody. From the newcomer who has a new idea but lacks a platform to implement it to the veteran professional seeking reliable and high performance platform for his next venture. At Tirzok, we are striving to democratize computational resources and we believe easy and accessible computational platform will bring the best out of the next generation of dreamers. We strongly believe computation will become as fundamental resource as water and air in coming decades. In addition, we are committed to providing easy secure access to a world of possibilities. In this talk, we will discuss on “Cloud Computing, Infrastructure as a Service (IaaS), Platform as a Service (PaaS), Software as a Service (SaaS), Distributed Systems, OpenStack as Infrastructure as a Service, and Storage and Analytics Platforms in OpenStack”.

Bio: Rifat Rahman is currently acting as the Chief Executive Officer at Tirzok Private Limited,
where he also plays the role of Infrastructure Architect. His area of interests are Distributed Systems, Cloud Computing and High Performance Computing. After graduating in Electrical and Electronic Engineering from BUET, he started his career as a C programmer at Integrated Business Systems and Solutions, a prominent distributor of Supermicro Servers in Bangladesh. He used to develop kernel modules for mangling UDP network packets for Real Time Communications. Later he was assigned to maintain 100+ Virtual Machines, which was built on Proxmox, which later shifted to Ovirt, upstream of Red Hat Virtualization (RHV). There he was introduced with OpenStack Cloud Platform. His interest in Distributed Systems arose while demonstrating High Performance Computation Cluster at the University of Dhaka, Department of Theoretical Physics. Later before joining Hard Won Technologies Ltd. as a full time System Administrator, he performed some projects with GMO Internet, Inc. for deploying OpenStack Glance and OpenStack Cinder with GlusterFS backend. He started his journey with OpenStack from version IceHouse. His experience as System Administrator & DevOps flourished at IPVision Canada Inc., the parent company of RingID, a social networking platform. There, he was responsible for the infrastructure management of RingID and their private cloud infrastructure. There he was introduced with large scale BigData Platform, large scale SQL (MySQL & PostgreSQL) & NOSQL (Cassandra, Scylla, HBase, Hadoop, Solr, etc.) Clusters. He has experience in managing hundreds of servers, both physical and virtual, with varieties of clusters within them. 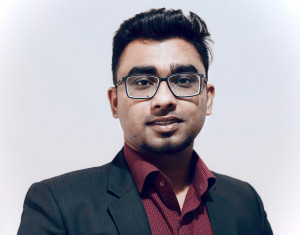 Abstract: Coronary Heart Disease (CHD) is a leading cause of death worldwide, which kills more than 600,000 people in the US alone per year. After a cardiac event, patients are usually advised to attend Center-Based-Cardiac-Rehab (CBCR) programs to be trained on physical exercise habits, healthy eating, stress management, smoking cessation etc. But, due to costs, family obligations, transportation problems etc., CBCR programs are un-popular, particularly among women. A mobile phone-wearable based technological system can offer home-based secondary prevention program for CHD. We have designed a women-specific digital health intervention system to be used for home-based cardiac rehabilitation (HBCR) program. Our system combines human-expert intelligence with machine intelligence to enhance the decision-making capability of a health coach that has access to all data 24×7. We have evaluated the prototype of our system with eight women with CHD for over 13 weeks. The evaluation has shown a significant positive impact of preprogrammed intervention messages on participants’ walking performance on the same and the next day. More trails are currently going on to validate performance.