Project Doom: The End is Near: 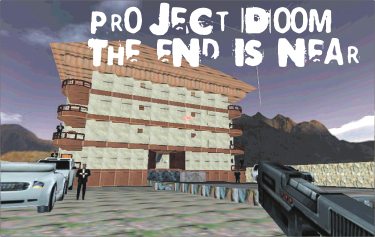 Project Doom : The End is Near is a 3D FPS game developed with the hope to take the game industry currently developing in Bangladesh one-step ahead.

The game was developed in Visual C++ 6.0 and DirectX 9.0 APIs. An Open Source Game Engine Irrlicht was used as the Rendering Engine. All the 3D models and animations were created in 3D Studio Max 7.0 and Milkshape 3D. For sound mixing and editing Audacity was used.

Though it is a mini FPS Game, the specialties of this small game are game-play, special effects, puzzles, and sound effects. While playing the player will have to face many difficult situations and solve many puzzles, which make the game really interesting. The out of the world sound effect really takes the gamer closer to real life shooting experience. Overall this exciting action-packed game is enough to glue the gamer to the computer for 3-4 hours.

Project Doom came out 2nd in the Software Fair of the IT Festival 2005 organized by the Computer Science and Engineering Department of Dhaka University (March 1, 2005 to March 3, 2005). Almost all the leading universities of Bangladesh participated in the Fair.


[Developers are currently Level 2 Term 2 Students of Department of Computer Science and Engineering, Bangladesh University of Engineering and Technology]