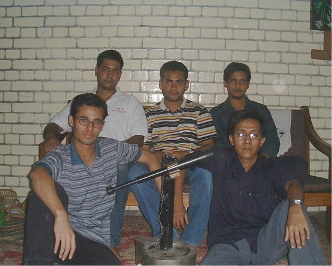 The project consisted of a telescope mounted on a movable platform with two degrees of freedom to give it the ability to bring the entire sky under its coverage. The interesting aspect was that, it was interfaced to a computer which worked as a server and it could take remote requests through the internet and according to that request automatically move the telescope to the required direction and snap a picture using the attached camera and send the image to the requestor. The system also supported live streaming video.