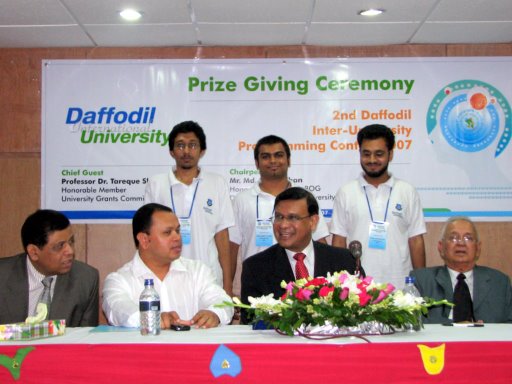 A nationwide programming contest has been organized by Daffodil International University on July 19-20, 2007. A total of 63 teams from 30 universities have participated in the contest. Once again BUET teams have shown their excellence in programming skill in the contest. BUET teams ranked 1st, 2nd , 3rd, 8th and 14th.