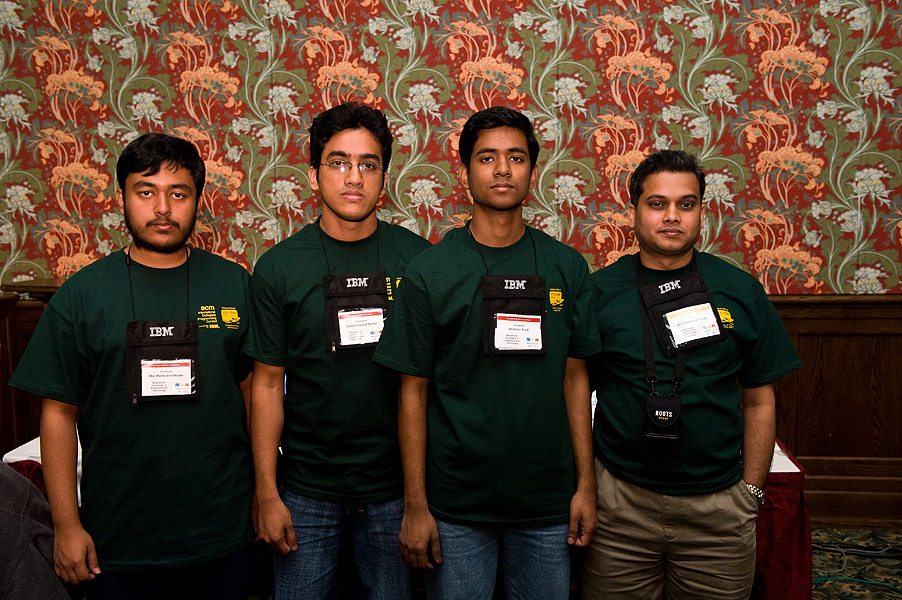 BUET Sprinter team has shown an excellent performance in ACM International Collegiate Programming Contest 2008. This time, BUET has secured 31st position in this prestigious and competitive programming contest, outperforming world famous universities like Caltech (31st), Cornell (47th), Brown (no rank), Georgia Tech (no rank), Calgary (no rank), Texas at Austin (no rank) and Wisconsin Madison (no rank). BUET team solved 4 out of 11 problems whereas the highest number of problems solved was 8 by St. Petersburg University of IT, Mechanics and Optics (rank 1). A fantastic team work of Shahriar Rouf, Md. Mahbubul Hasan and Sabbir Yousuf Sanny under the coaching of Dr. Md. Humayun Kabir, along with the best wishes of all well wishers have made this possible. The contest was hosted by University of Alberta, Canada. North American Bangladeshi Islamic Community (NABIC) was the sponsor of Dhaka-Calgary-Dhaka air-tickets for the team.

The contest started at 8 PM (BGD time), April 9 and the duration was 5 hours. Among the 11 problems (A-K), BUET team solved problems B, F, J and K. The first problem they solved was problem F and they did it very quickly. It took some hours for them to solve the next 2 problems (B and K). Finally, on the last minute, while other teams were down counting, BUET team solved their 4th problem to secure a prestigious rank. Department of CSE, BUET arranged a live show at the Multimedia Lab to watch this big event on big screen. All the enthusiastic teachers and students watched this marvelous performance till midnight. The whole department is waiting for the golden boys to come back safely.

Official result is available at: http://icpc.baylor.edu/icpc/Finals/v2/default.asp?page=results